Capital Formation: The Evolving Role of Public and Private Markets

A summary of the evolution of public markets and public corporations with some conclusions about why there has been a shift from public to private capital formation. We close with policy recommendations designed to ameliorate issues raised.

Capital Formation: The Evolving Role of Public and Private Markets

Public markets and public corporations are intrinsically linked. Not surprisingly, then, changes in the nature of public markets are causing changes in corporations, and vice versa. Public corporations have been experiencing significant changes since their definitive modern form—based on dispersed equity ownership and common shareholder rights—took hold in the early 20th century. The increased prominence of shareholder value maximization considerations in the late 20th century caused corporations to become more narrowly focused on maximizing profits. Today, investors and company management are apparently shifting their attention to non–financial considerations, including corporate and environmental sustainability. At the same time, pressure on public corporations is growing, due to increasing corporate disclosure requirements, listing standards, and governance practices. Entrepreneurs often complain that being a public corporation is increasingly or excessively onerous.

Circumstances differ today because the market power of entrepreneurs in accessing capital for their businesses has increased to the extent that avoiding public markets entirely has become feasible. A combination of newly deregulated or largely unregulated private capital pools, such as Initial Coin Offerings (ICOs), with large amounts of deployable capital searching for higher yields in a near-zero interest rate environment, as well as new business models that require less capital to grow, provide entrepreneurs with a growing number of options.

These new business models, most often found in highly developed markets, characteristically have high intangible asset investment. This has important implications for public markets because companies based on intangible asset development

We see no obvious regulatory solution to making public markets more attractive to these new businesses, as the nature of these businesses seems intrinsically better suited to private markets and/or acquisition by existing public firms. One can see this in action in the long list of acquisitions of tech startups by incumbent tech giants and existing corporations. Lowering public market disclosure standards would not resolve the problem, as doing so would erode investor protections and reduce the attractiveness of public companies, thus making it unlikely to result in additional public listings. As fewer firms remain listed, and other firms become larger simply by acquiring new startups themselves, a smaller proportion of the corporate sector will be subject to social corporate transparency, limiting support for the corporate sector. Additionally, public equity markets and the stock market indices that represent them increasingly may be exposed to more mature businesses and less (directly) exposed to smaller, newer companies, and to sectors with higher growth potential. This situation poses challenges for expected returns and asset allocation.

This paper summaries the evolution of public markets and public corporations to date, and draws some conclusions about why this shift from public to private capital formation is taking place. It closes with policy recommendations designed to address or ameliorate the issues raised. These policy recommendations build on input received from workshops held around the globe with CFA Institute members and other market participants, as well as input from the Capital Formation Steering Group.

Public and private markets continue to evolve along with the corporations that use them to finance their growth. The recent rise in private markets seems to be driven by secular factors, such as the increased importance of intangible assets, as well as by cyclical factors, such as the abundance of private capital and low interest rates around the world. Current market conditions appear to favour private markets, with entrepreneurs being able to fund expansion while minimizing equity sharing with outside investors, particularly retail scale investors or small institutions.

There is no obvious regulatory solution to making public markets more attractive without damaging investor protections and market integrity. Equally important, private markets are an important part of the financial ecosystem and stakeholders should be careful of policies that harm private markets in favour of public markets. What may be a more relevant concern is the quality of the investment options available to the public within each type of market. With the global move toward self-funded retirement, it is not credible to allow an entire generation of retail investors to be left with only diversified public market exposure to generate retirement returns, while institutional investors crowd into innovative business models that offer potentially higher returns. Further, it is unclear whether this momentum into private markets will have any systemic consequences.

We believe the correct set of policy responses is not to weaken the integrity of public markets in a likely vain attempt to attract more activity, but instead to improve responsibly the access of smaller investors to private market investments, via professional intermediaries such as collective DC vehicles. The policy priority should be to ensure social support for the corporate sector by better integrating the private markets into the existing “social compact” by, for example:

Finally, regulators should monitor the rise of private markets for evidence of growing systemic risks. 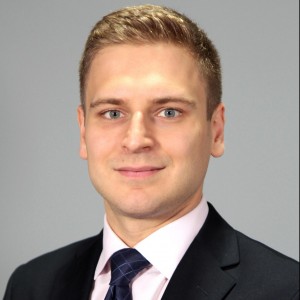