A Manual for Investors

Matt Orsagh, CFA, CIPM, is a former director of capital markets policy at CFA Institute, where he focused on corporate governance issues. He was named one of the 2008 “Rising Stars of Corporate Governance” by the Millstein Center for Corporate Governance and Performance at the Yale School of Management. 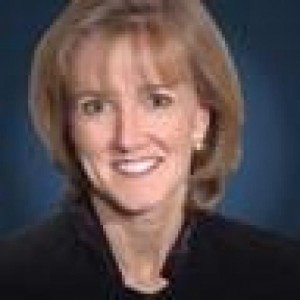 Linda Rittenhouse, JD, is a director of capital markets policy at CFA Institute. She focuses primarily on issues related to investment products and investment regulation. Rittenhouse holds a JD degree.

Mr. Allen has worked as staff liaison to the CFA Institute Capital Markets Policy Council since its founding in 2005. The Council helps CFA Institute develop global perspectives on market-related issues. From 2002 to 2004 he worked with the former European Advocacy Committee, responding to policy initiatives of the European Commission and regulatory proposals of financial markets regulators in France, Germany, Switzerland, and the United Kingdom. He was rapporteur for the Global Corporate Governance Task Force in 2004 and 2005 and helped author The Corporate Governance of Listed Companies: A Manual for Investors. He also worked with these former advocacy committees: Municipal Securities Subcommittee of the United States Advocacy Committee; the Financial Accounting Policy Committee; the Financial Reporting Subcommittee of the Canadian Advocacy Committee; and the Task Force on Disclosures for Asset-Backed Securities.

Mr. Allen was a vice president in the corporate finance department of First Southwest Company, a Texas-based investment banking institution, where he specialized in the analysis and valuation of privately held companies and the analysis of industrial revenue bond offerings. He also has worked as an independent research analyst on projects covering the global payments and settlement businesses and the small business banking efforts of financial institutions in the United States and Europe. He covered the derivatives and asset-backed securities markets as a staff reporter for the American Banker, and managed the editorial aspect of four publications for SNL Financial. As a freelance journalist, his work was published in such magazines as Global Finance, Bank Director, Corporate Board Member, and Banking Strategies.