Proxy access refers to the ability of shareowners to place their nominees for director on a company’s proxy ballot. This right is available in many markets, though not in the United States. Supporters of proxy access argue that it increases the accountability of corporate boards by allowing shareowners to nominate a limited number of board directors. Afraid that special-interest groups could hijack the process, opponents of proxy access are also concerned about its cost and are not convinced that proxy access would improve either company or board performance.

The US Securities and Exchange Commission (SEC) most recently attempted to give shareowners proxy access in 2010, when it passed a proxy access rule (Rule 14a-11). A lawsuit challenging the rule succeeded when the US Court of Appeals for the District of Columbia Circuit vacated the SEC’s proposed rule, holding that the SEC had failed to adequately assess the economic effects of the proposed rule. The SEC did not appeal the court’s decision.

This report attempts to address the questions raised by the DC Circuit Court by analyzing event studies on the costs and benefits of proxy access. Taken together, these studies examine whether proxy access, on the particular event date, would have been beneficial or harmful to market performance, stock performance, and board performance and whether the potential use of proxy access by special-interest groups would have reduced shareowner wealth.

Matthew Orsagh, CFA, CIPM, is a senior policy analyst for the CFA Centre for Financial Market Integrity, where he serves as spokesperson for the CFA Centre, identifies and develops new corporate disclosure project ideas, and promulgates Capital Markets Policy Group corporate disclosure positions, policies, and standards. Previously, Mr. Orsagh served as a research analyst at Governance Metrics International. He has appeared on CNN's In the Money and National Public Radio's All Things Considered. Mr. Orsagh holds a BA in communications and English from the University of Notre Dame and an MBA in finance from Georgia State University. 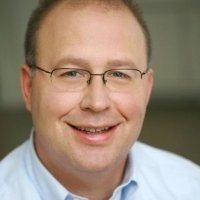 Bob Dannhauser, CFA, FRM, CAIA, is senior advisor to The Investment Integration Project, an applied research and consulting firm focusing on the systemic environmental, social, and governance effects of asset owner and asset manager decisions. He is the former head of Global Private Wealth Management at CFA Institute, where he was responsible for CFA Institute initiatives related to private wealth management, including content development for PWM practitioners, positioning of the CFA Institute brand to investors and practitioners in this space, and development of strategy. He previously served as head of global capital markets policy, and head of professional standards at CFA Institute. He served on the CFA Institute Reserves investment committee, and formerly chaired the CFA Institute 401-k investment committee. He has over 25 years' experience working in client-facing roles with a broad range of corporate, public fund, eleemosynary, multiemployer, and high net worth clients with several leading asset management firms. Bob earned his MBA from Cornell University, his MPH from the University of Medicine and Dentistry of New Jersey, and his BA from the George Washington University.

Mr. Allen has worked as staff liaison to the CFA Institute Capital Markets Policy Council since its founding in 2005. The Council helps CFA Institute develop global perspectives on market-related issues. From 2002 to 2004 he worked with the former European Advocacy Committee, responding to policy initiatives of the European Commission and regulatory proposals of financial markets regulators in France, Germany, Switzerland, and the United Kingdom. He was rapporteur for the Global Corporate Governance Task Force in 2004 and 2005 and helped author The Corporate Governance of Listed Companies: A Manual for Investors. He also worked with these former advocacy committees: Municipal Securities Subcommittee of the United States Advocacy Committee; the Financial Accounting Policy Committee; the Financial Reporting Subcommittee of the Canadian Advocacy Committee; and the Task Force on Disclosures for Asset-Backed Securities.

Mr. Allen was a vice president in the corporate finance department of First Southwest Company, a Texas-based investment banking institution, where he specialized in the analysis and valuation of privately held companies and the analysis of industrial revenue bond offerings. He also has worked as an independent research analyst on projects covering the global payments and settlement businesses and the small business banking efforts of financial institutions in the United States and Europe. He covered the derivatives and asset-backed securities markets as a staff reporter for the American Banker, and managed the editorial aspect of four publications for SNL Financial. As a freelance journalist, his work was published in such magazines as Global Finance, Bank Director, Corporate Board Member, and Banking Strategies.