This edition of Conference Collections features a presentation by C. Thomas Howard, CEO and Director of Research at AthenaInvest, from the 2017 CFA Institute Annual Conference.

C. Thomas Howard: “View the Markets as They Are”

“I’m here to tell you there is life after modern portfolio theory.”

That was just one of the notable quotes that C. Thomas Howard gave during his presentation at the 70th CFA Institute Annual Conference. The self-proclaimed “behavioral financial analyst” minced no words explaining why he thinks that markets are not efficient and why investors — once they conquer their behavioral biases — should allocate 100% of their investment portfolios to a concentrated stock fund. Howard implored the audience to “view the markets as they are, rather than as you want them to be.”

To reinforce his point, Howard asked: “How many of you have a rational client?” Zero audience members raised their hands. Howard explained that his market philosophy is based on four guiding principles:

Every audience member raised their hand when they were asked if they believed in at least one of the four principles highlighted above. Howard’s conclusion? “Financial markets should be viewed and analyzed using a behavioral lens.”

The antithesis of behavioral finance is modern portfolio theory (MPT), which began in 1952 when Harry Markowitz published a paper titled “Portfolio Selection” and introduced the concept of mean–variance optimization. Markowitz’s work inspired William F. Sharpe’s capital asset pricing model in 1964, culminating in Eugene Fama’s influential work on the efficient market hypothesis (EMH) in 1966. Howard was extremely clear that he believes in none of it.

EMH = no free lunch & price is right. @R_Thaler says first gets an A- and latter fine as a working hypothesis, but just not true #CFAedge pic.twitter.com/Z9cHm9nANx

Behavioral economist Richard Thaler, who was the keynote speaker at the conference, is golfing buddies with his University of Chicago colleague Eugene Fama. Thaler joked that he and Fama remain friends even though their professional works are diametrically opposed, adding that he would have awarded Eugene Fama an “A-” for his work. Referring to Thaler’s remarks, Howard said he would have given the staunch defender of EMH a “D,” pointing to the Fama and French paper on mutual funds that pits luck versus performance.

Even if you believe Howard’s assertion that markets are not efficient, there are agents in the market, whom he refers to as “cult enforcers,” who still want us to believe longstanding paradigms inspired by MPT and EMH, including the importance of tracking error and Sharpe ratio. Howard feels that these enforcers are preventing market participants from making better allocation decisions.

Not surprisingly, Howard is a champion of the growing body of work, initiated by Daniel Kahneman and Amos Tversky with their 1979 study, “Prospect Theory: An Analysis of Decision under Risk,” that argues against efficient markets.

Howard’s conclusion is that the biggest impediment to better portfolio performance is the emotional difficulty in letting go of very strong market theories that we have debunked but are hesitant to abandon. “Building superior portfolios is straightforward, but emotionally challenging,” he said.

Howard’s belief in behavioral markets over efficient ones is not controversial. However, his approach based on his convictions is. Howard advocates for allocating 100% of a client’s portfolio to only about 20 stocks. That’s a radical departure from the deeply rooted idea that diversification is critical to a healthy portfolio.

Not all of the audience members agreed with Howard’s approach:

Very few of my clients would be happy with an income portfolio of 100% dividend stocks for a 3-5 year time period. I'd get fired. #CFAedge

Howard’s work evokes a polarized response. There are two camps: ardent supporters and avid detractors. Perhaps the detractors are simply proving his point?

All posts are the opinion of the author. As such, they should not be construed as investment advice, nor do the opinions expressed necessarily reflect the views of CFA Institute or the author’s employer.

You did a nice job of capturing the essence of my CFA presentation. I would like to provide a few clarifying comments.

The starting point of successful investment management is needs based planning where a client’s portfolio is allocated into liquidity, income, and growth “buckets”, for example, with each bucket funded in order to meet a specific need.

The liquidity bucket is funded using low or no volatility securities, such as bank accounts or money market funds.

High yield stocks are an attractive investment for funding the income bucket, as less is required to generate the needed income and dividends grow faster than does inflation. However, other high yield alternatives, such as MLPs, also make sense.

Stocks are the best investment for building wealth in the growth bucket. The ideal, in my opinion, is 100% stocks since equities have the highest expected return of any asset class. However, client emotional comfort is an issue, so even with skilled emotional counseling on the part of the advisor, it is often not possible to reach this goal.

The underlying concept here is an emotion, return tradeoff and not a risk, return tradeoff. Don’t legitimize by calling it a risk discussion. True risk in this situation is the reduction in long horizon wealth that results when investing in low expected return securities such as bonds.

Again, thanks for your summary comments.

C. Thomas Howard is CEO, director of research, chief investment officer, and co-founder of AthenaInvest, a US SEC-registered investment adviser. He led the research project that resulted in strategy-based investing, the methodology that underlies AthenaInvest's investment approach. Dr. Howard oversees Athena's ongoing research, which has led to a number of industry publications and conference presentations. He is also professor emeritus at the Reiman School of Finance at the Daniels College of Business at the University of Denver. Previously, Dr. Howard lectured at SDA Bocconi School of Management, Handelshøjskole Syd, and École de Management de Lyon. He has also served as a consultant for a number of firms, including First Data Corp and Janus Capital Group, and served on the board of directors at AMG National Trust Bank. Dr. Howard holds a BS in mechanical engineering from the University of Idaho, an MS in management science from Oregon State University, and a PhD in finance from the University of Washington. 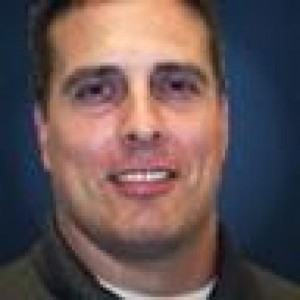 Ron Rimkus, CFA, is Director of Economics and Alternative Investments at CFA Institute. Current research interests include monetary policy, systemic risk, market history, financial crises and behavioral finance. He previously served as director of large-cap equity products for BB&T Asset Management, where he led a team of research analysts, regional portfolio managers, client service specialists, and marketing staff. Before that, he served as lead portfolio manager of large-cap equity products at Mesirow Financial in Chicago. He earned a bachelor of arts in Economics and OBM from Brown University and an MBA in Finance from the UCLA Anderson School of Management.