Register here for both days

This free event will gather global regulators and policymakers to dive deeply into the most urgent questions faced by financial markets and investors today.

Please note that recordings of the event will be made available to all registered attendees.

Please check this page regularly for updates on speakers and agenda.

Rients Abma is the executive director of Eumedion, the Dutch corporate governance and sustainability platform for institutional investors. Previously, he worked at the Ministry of Finance as a senior policy adviser in the corporate governance area. Mr. Abma has served as secretary of the “Tabaksblat Committee” (the Dutch Corporate Governance Committee), secretary of the Dutch Corporate Governance Code Monitoring Committee (Frijns Committee), and secretary of economic affairs at the employers’ federation VNO-NCW. He is a member of the Netherlands Authority for the Financial Markets (AFM) Capital Markets Committee, the AFM Advisory Panel of Representative Organisations, the Stakeholders Forum of the Royal Netherlands Institute of Chartered Accountants (as chair), the Advisory Board of the Institute of Internal Auditors Netherlands, and the Advisory Board of the Business and Law Research Centre of the Faculty of Law of Radboud University. In addition, Mr. Abma has served as a board member for the International Corporate Governance Network. He earned his master’s degree in general economics, with a concentration in monetary economics, from the University of Groningen.

Paul Andrews oversees the strategic direction and leadership of the Research, Advocacy, and Standards function at CFA Institute, where he seeks to position the organization as an innovator and thought leader in investment management. Previously, he served as secretary general of the International Organization of Securities Commissions (IOSCO). Mr. Andrews also served as vice president and managing director, international affairs, at the Financial Industry Regulatory Authority (FINRA), where he directed the organization’s international engagements and worked closely with key regulators and regulatory bodies worldwide, including IOSCO. In addition, he worked at the US Securities and Exchange Commission, where he worked in the Division of Market Regulation and the Office of the General Counsel. Mr. Andrews has also worked in private legal practice. He is a graduate of the Catholic University School of Law and Villanova University.

Cathie Armour is a commissioner of the Australian Securities and Investments Commission (ASIC). ASIC’s Commission is responsible for the organization’s performance as Australia’s integrated corporate, financial markets, financial services, and consumer credit regulator. Ms. Armour is the chair of ASIC’s Regulatory Issues Committee. She works closely with the ASIC teams responsible for regulating market infrastructure, market surveillance, supervision of market intermediaries, and the enforcement of laws relating to market integrity. Previously, Ms. Armour served in legal counsel leadership roles at international financial institutions. She was general counsel for Macquarie Capital and an executive director of Macquarie Group. Ms. Armour began her career in private legal practice and has worked for law firms in Sydney and New York City. She is a graduate of the Australian Institute of Company Directors and a member of Chief Executive Women.

Marcelo Barbosa is the chairman of Securities Commission of Brazil. He has taught corporate law at Rio de Janeiro State University and a seminar on Topics of Capital Markets Law at FGV in Rio de Janeiro. Mr. Barbosa has served as the chairman of the Board of Trustees of Fundação Estudar and a member of the Columbia Global Centers Latin America Advisory Board and the Mergers and Acquisitions Committee. He was also a member of the Audit Committee at Lemann Foundation. Mr. Barbosa earned a bachelor’s degree in law from of Rio de Janeiro State University and an LLM from Columbia University.

John Berrigan is the director general of DG FISMA (Directorate-General for Financial Stability, Financial Services and Capital Markets Union) of the European Commission, which is responsible for EU-level policymaking and legislative initiatives with respect to the financial sector. He represents the European Commission on the Economic and Financial Committee and the Financial Services Committee, which report to EU finance ministers. Mr. Berrigan also represents the commission on the Financial Stability Board, which reports to G20 finance ministers. He attends the European Systemic Risk Board meetings and is a permanent observer on the Single Resolution Board. Mr. Berrigan has been a commission official since the mid-1980s and has spent most of that time working on financial-sector issues—first at DG ECFIN and now at DG FISMA. He worked on preparations for the introduction of the euro and was secretary of the so-called Giovannini Group, which produced reports, inter alia, on issues related to euro-denominated debt issues and post-trading in EU securities markets in the early 2000s. Mr. Berrigan also worked for several years with the International Monetary Fund. He has a master’s degree in economics from University College Dublin.

Gabriela Figueiredo Dias is the chair of the CMVM Management Board. She worked as a legal adviser and consultant in the private sector for over two decades. In 2007, Ms. Dias joined the CMVM, advising on international affairs and regulatory policy. She later became director of the Department of Markets, Issuers, and Information and served as vice chair of the CMVM. In her current role at the CMVM, Ms. Dias is a member of the National Council of Financial Regulators. She has also participated in several international forums, such as high-level ESMA groups, as an elected member of its Management Board and Mediation Panel. She was appointed chair of the ESMA Investment Management Standing Committee and is an IOSCO board member. The CMVM is a long-standing and active member of the OECD Corporate Governance Committee and of its bureau (executive committee), where Ms. Dias serves as vice chair. She has also been serving as co-chair of the MENA/OECD Working Group on Corporate Governance. Ms. Dias holds a master’s in law from the University of Coimbra, where she also teaches.

Olivier Fines, CFA, is head of advocacy and capital markets policy research for the Europe, Middle East, and Africa (EMEA) region at CFA Institute. With teams based in London and Brussels, he leads the effort in researching and commenting on the major trends that affect the investment management industry, changes to the profession, and policy and regulatory developments. The positions taken on these issues and the research pieces that are published are meant to promote the fundamental principles upheld by CFA Institute: investor protection, professional ethics, and market integrity. Previously, Mr. Fines spent 15 years in investment management—spanning research, portfolio management, product management, and regulatory compliance work—at firms based in Paris and London. Prior to joining CFA Institute, he was head of risk and compliance at Rothschild & Co for the private equity and private debt division.

Janine Guillot is chief executive officer of the Value Reporting Foundation. As CEO, her priorities are to increase the use of Integrated Thinking Principles, the Integrated Reporting Framework, and the SASB Standards by companies and investors around the world and to advance progress toward a globally accepted comprehensive corporate reporting system. Ms. Guillot has 30+ years of experience in senior leadership roles in financial services. Previously, she served as CEO of SASB. Prior to joining SASB, Ms. Guillot served as chief operating investment officer for the California Public Employees’ Retirement System (CalPERS). At Barclays Global Investors, she served as chief operating officer for the European and global fixed-income businesses. At Bank of America, Ms. Guillot served in chief financial officer and chief administrative officer roles for retail and commercial business units. She began her career as a technical accountant and auditor at Ernst & Young. In recognition for her leadership at the intersection of sustainability, accounting, and finance, Ms. Guillot was selected as a 2020 NACD Directorship 100 Honoree and named to the 2020 Business Insider 100 People Transforming Business list. She is a graduate of Southern Methodist University.

Allison Herren Lee is a commissioner of the US Securities and Exchange Commission, appointed by President Donald Trump and unanimously confirmed by the US Senate. She has over two decades of experience as a securities law practitioner. Most recently, Commissioner Lee has written, lectured, and taught courses internationally on financial regulation and corporate law. She served for over a decade in various roles at the SEC, including counsel to Commissioner Kara Stein and Senior Counsel in the Division of Enforcement’s Complex Financial Instruments Unit. In addition, Commissioner Lee served as a special assistant US attorney, was a member of the American Bar Association’s Committee on Public Company Disclosure, and participated on a USAID project in Armenia, assisting in the drafting of periodic reporting and disclosure provisions for a comprehensive law on securities market regulation. Prior to her government service, she was a partner at Sherman & Howard LLC, focusing on securities, antitrust, and commercial litigation. A member of the Colorado Bar Association, she holds a bachelor’s degree in business from the University of Colorado and a JD from the University of Denver College of Law, where she was salutatorian and a Chancellor’s Scholar and served on the Law Review. 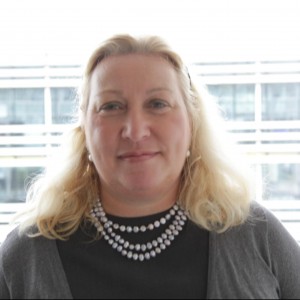 Erkki Liikanen is the chair of the Trustees of the IFRS Foundation and the chairman of the board of Helsinki Graduate School of Economics. He served as governor of the Bank of Finland, chairman of the European Central Bank’s Audit Committee, and governor of the International Monetary Fund for Finland. Mr. Liikanen has chaired a high-level expert group that proposed structural reforms to the EU banking sector. He was a member of the European Commission and served as head of the Finnish Mission to the European Union and minister of finance for Finland. Mr. Liikanen is the youngest person ever to become a member of the Finnish Parliament, starting at the age of 21. He is the chairman of the board of Bruegel, a European think tank, and of the Association of Finnish Symphony Orchestras. Mr. Liikanen is a member of the European Central Bank’s Ethics Committee and the Finance Commission of the International Federation of Red Cross and Red Crescent Societies. He earned a master’s degree in political science (economics) from the University of Helsinki and holds honorary doctorates from the University of Technology in Finland, the Aalto University School of Business, and the University of Eastern Finland. 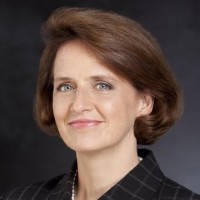 Sandy Peters, CFA, is senior head of financial reporting policy and serves as spokesperson for CFA Institute to key financial reporting standard setters including the IASB, FASB, and the US Securities and Exchange Commission. She holds the Certified Public Accountant (CPA) designation.

Laura van Geest is chair of the Executive Board of the Dutch Authority for the Financial Markets (AFM). Within the board, she is responsible for communication, the internal audit services, strategy, policy and international affairs, and the AFM’s Expert Centre. Ms. Van Geest has held several positions at the Dutch Ministry of Finance. She began her career working in foreign financial affairs. After a stay as adviser at the International Monetary Fund, Ms. Van Geest focused on interior issues, acting as general treasurer and director-general for the national budget. She has also served as director of the Netherlands Bureau for Economic Policy Analysis.
During her career, Ms. Van Geest has dealt with a wide variety of issues and stakeholders, including currency crises, pension reforms, and social health insurance laws, as well as the calculation of election programmes and yearly financial risk reports. She studied economics and public administration at Erasmus University Rotterdam.