Since their introduction 20 years ago, performance presentation guidelines have evolved into a single global standard.

Since their introduction 20 years ago, performance presentation guidelines have evolved into a single global standard.

Standards for the calculation and presentation of investment performance results did not exist until the late 1980s. The shift came in 1987 when the misuse of performance information prompted the Securities and Exchange Commission to consider regulatory action. Rather than wait for the SEC to intervene, the Financial Analysts Federation (FAF)—one of the predecessor groups to CFA Institute—developed its own set of guidelines. It was the first attempt at standardizing the way investment managers report performance to clients.

Although the standards have been reviewed, revised, and reintroduced a number of times in the past 20 years—most recently as the Global Investment Performance Standards, or GIPS®—the underlying principles of fair representation and full disclosure remain unchanged.

“Most people would say we’re much better off for having adopted these standards because the regulators, in many instances, have sort of let us do our own thing,” says Karyn Vincent, CFA, CIPM, founder of Vincent Performance Services in Portland, OR, and a member of the CFA Institute GIPS Executive Committee. “It’s a novel concept that firms that are in the institutional marketplace can pretty much follow one set of standards globally.”

Since their adoption in 1999, the GIPS standards have significantly influenced the way firms report their investment performance results. The standards allow investment managers to “transport” their historical investment results to other countries without having to restate them using different calculation and presentation rules. The GIPS standards also benefit firms by providing a level playing field for marketing their performance history in an ethical and consistent manner.Investors, meanwhile, benefit by having a higher degree of confidence in the numbers and the ability to make an“apples-to-apples” comparison of all investment managers,no matter their geographic location.

“I think what the GIPS standards did for the asset management industry, especially outside the U.S., is to raise the awareness of ethical principles (and especially in the investment controlling area) from a client perspective and from a portfolio management perspective,” explains Stefan Illmer,head of client reporting for Credit Suisse in Switzerland and chair of the GIPS Executive Committee.

The Road to the GIPS Standards

The process began when performance presentation standards were introduced by the Financial Analysts Federation in the September/October 1987 issue of the Financial Analysts Journal.Three years later, the standards were revisited when the predecessor organization of CFA Institute—the Association for Investment Management and Research (AIMR)—introduced its Performance Presentation Standards (or AIMR-PPS®).

“Generally speaking, there was a realization by the industry that standards should be created incorporating best practices that would allow firms to compete on an ethical and level playing field, simultaneously providing investors with the information necessary to make a more informed decision regarding the selection of an investment manager,” recalls Todd Juillerat, CFA, global head of performance measurement for INVESCO in Louisville, KY, and a member of the GIPS Executive Committee.

In response, CFA Institute introduced a single global standard, the GIPS standards, in 1999. In 2006, a revised version of the GIPS standards became effective, replacing AIMRPPS and other local country versions of the Standards. Today,the GIPS standards enjoy a fairly general acceptance among the international industry of investment managers—a total of 27 countries in North America, Europe, Africa, and the Asia-Pacific region have adopted the standards.

In Illmer’s home continent of Europe, the movement to adopt uniform standards was fueled in large part by the Mercury Asset Management (MAM) case from the late 1990s in which one of MAM’s pension fund clients, Unilever, accused the British fund manager of negligence for posting negative investment results. “Everybody realized we needed to do something in the area of investment performance and risk management,” he says.

Charting the Future of the GIPS Standards

The nine-member GIPS Executive Committee is the decision-making body for the standards. Committee members represent both key industry stakeholder groups (interpretations,investment manager, investor/consultant, and verification/practitioner) and geographic regions that have officially adopted the GIPS Standards (Americas; EMEA [Europe, MiddleEast, and Africa]; Asia-Pacific). Jonathan Boersma, CFA,executive director of the Global Investment Performance Standards at the CFA Institute Centre for Financial Market Integrity, has a seat on the committee, as does the chair of the GIPS Council (the body consisting of representatives from each of the sponsors).

In its role of developing and maintaining the GIPS standards, the Executive Committee must continually strike a balance between providing guidelines that would be too broad or too narrow—the latter of which can make compliance prohibitive for some firms.

Making the standards work on both a global basis and for a range of investment products is equally challenging. “Most firms today look very different from how they looked 20 years ago,” says Vincent. “As far as the types of products they offer and the types of investments they make, we’ve got to address securities and calculating performance for things that didn’t exist 20 years ago. I think that the biggest challenge is trying to identify where those gaps are and the assets that need guidance specific to them because they just don’t fit—and can’t fit—within the current context of the standards.”

A case in point: hedge funds. To date, the Standards have not specifically addressed how hedge funds fit within the GIPS framework; however, the Executive Committee is committed to providing guidance for these and other types of alternative investment strategies. The same applies to private equity investments. “Worldwide, the private equity business is growing fast, and although the standards already have provisions for private equity, we as a committee must make sure these provisions are of such a nature that it can be actively used in this space,” says Sunette Mulder, a senior performance analyst at Coronation Fund Managers in Cape Town, South Africa, representing investment managers on the GIPS Executive Committee.

How to address hedge funds and private equity investments is just one of the issues facing GIPS Executive Committee members during their 2010 comprehensive review of the GIPS standards. While the review will likely lead to some modifications, “there will be no big changes in the standards,”Illmer says, adding, “not like we had the last time,where we moved from country versions of the Standards to one global standard. It’s more to stabilize everything and not to confuse the industry by changing the standards dramatically on a regular basis.”

The issue of mandatory verification is also likely to figure prominently in the 2010 GIPS review. Under the current standards, verification is strongly encouraged and may become mandatory at a future date. “Whether or not to mandate verification might be one of the most contentious issues,” says Yoh Kuwabara, who is with the financial services group at Shinhao in Tokyo and also a committee member representing the verification/practitioner stakeholder group.

In addition to reviewing the standards, GIPS Executive Committee members are hoping to raise awareness of the GIPS standards worldwide. To that end, a subcommittee has been created to promote the standards globally and educate people about their benefits. With 27 different countries already committed to the standards, differing understanding of words and concepts across cultures can be a major barrier to progress,” notes committee member Carol Kennedy, director of the Pantheon Group in London and the committee representative for investors and consultants. “Thus, the GIPS Executive Committee sees that key priorities for both the communications task force and the promotion and awareness subcommittee are to work on how we most effectively collect input on what the investment community—including investors—wants from the standards, and how we disseminate information to them as well as promote the standards.”

The GIPS Executive Committee is also focusing on extending the GIPS standards into developing countries. “We therefore need to work on translations in Russian, Spanish for South American countries, and Portuguese for Brazilian markets,”Illmer says. The committee’s goal is to have to 40 sponsors of GIPS by the end of 2010, up from the current 27.

“We’ve been successful in promoting GIPS on a global basis with sponsors and global investment management companies,” he stresses, “but it’s still not where we want it to be.”

China is generally moving toward a more open economy, but historically, tight restrictions have prevented capital from flowing freely through its borders. In a move to ease restrictions,China has loosened controls on overseas investments by Chinese domestic investors by allowing qualified domestic fund managers and securities companies to invest abroad.

Asset managers and securities firms can now apply for a Qualified Domestic Institutional Investor (QDII) license that allows them to invest in stocks and funds in overseas markets.Commercial banks and insurance companies have been allowed to invest in overseas capital markets since the QDII scheme was first announced in 2006. The changes for fund managers and securities firms went into effect on 5 July 2007.The China Securities Regulatory Commission has stated that the funds should be calculated and reported based on the Global Investment Performance Standards (GIPS).

Since 2002, foreign investors have been allowed to invest in Chinese securities by obtaining a Qualified Foreign Institutional Investor (QFII) license. 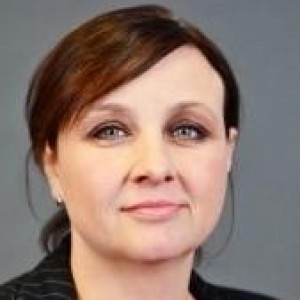 Crystal Detamore is director of communications for the Standards and Advocacy division at CFA Institute.